Aliaume Leroy is an open source investigative journalist with the Africa Investigations unit of BBC World Service. At Bellingcat, he concentrates his research on Africa and Latin America. Contact via Twitter @Yaolri or email aleroy@bellingcat.com in English, French, or Spanish. 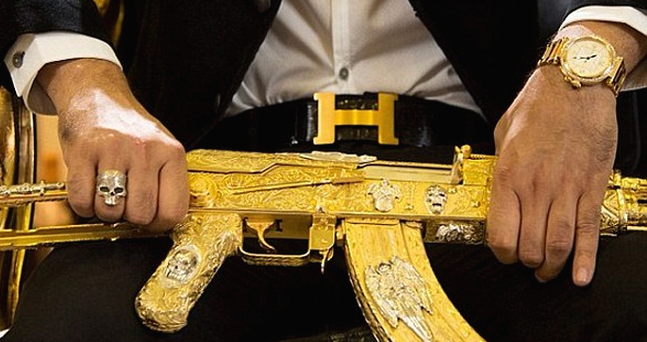 For the article in English

In the old days, discretion was the rule to follow for drug kingpins in Mexico. Take the example of Joaquin “El Chapo” Guzman, known as “the world ‘s most powerful trafficker.” The 60 year old man appears only in a few shots. He does not need to cultivate his fame, especially after his last escape to MacGyver style of a Mexican maximum security prison, which attracted worldwide coverage of the media.

The rules have begun to change with the emergence of social networks and a new generation of drug traffickers. This new group of young capos loves bragging on Twitter, Facebook and Instagram, showing his ostentatious life styles as if they were football stars.

Drug trafficking in Mexico has become public and conspicuous for two reasons.

First, the drug cartels have gained so much power that show no fear of facing or being dismantled by Mexican security forces. These organizations have infiltrated most, if not all state levels. The recent escape of Chapo, for example, which is rumored that was orchestrated and used by the Mexican government to let it go, shows the omnipotence of the Sinaloa Cartel.

Second, in times of economic difficulty, the extravagant lives of drug barons, they are attractive to the millions of young and poor in Mexico abandoned by the state, which has failed to restore peace and security under the leadership of Felipe Calderon and Enrique Peña Nieto .

Twenty-five years after Pablo Escobar and his gold Rolex, Swiss watches remain as the most popular symbol of wealth among narcos in 2015. They apparently look very rare limited editions worth hundreds of thousands of euros as well as editions economic.

To better understand the scope of Swiss luxury brands among Mexican capos, we have analyzed the profiles of three senior members of the Sinaloa Cartel in social networks: Ivan and Alfredo Guzman, two of the children with greater influence of The Chapo Guzman, and Jose Rodrigo Arechiga-Gamboa, alias “El Chino anthrax”, who was a rising star of your organization-leader of the violent cartel called “the anthrax” -before his arrest in the Netherlands at the request of US authorities end of 2013.

Here are the 6 marks favorite Swiss watch luxury appearing in their profiles-classified by the number of models by brand and overall value.

Fonts and background are described at the end. Not all models were included due to problems with identification (poor quality photos, etc) and clarity.

FIX: As you can see below, some of the tweets along with the images were removed from an account after the publication of this article. However, we have retained links and original photos.

The small mark of Les Breuleux, in the Swiss Jura mountains, was founded in 1999 by French entrepreneur Richard Mille. This brand has won first place in our rankings with five appearances with a total of 1,098 million euros. (It is worth noting that the brand Richard Mille made headlines recently when Dmitry Peskov, spokesman for Vladimir Putin, was photographed using a model of $ 620,000, raising questions about his wealth).

Without knowing which put pic.twitter.com/XVVYF7HKVE 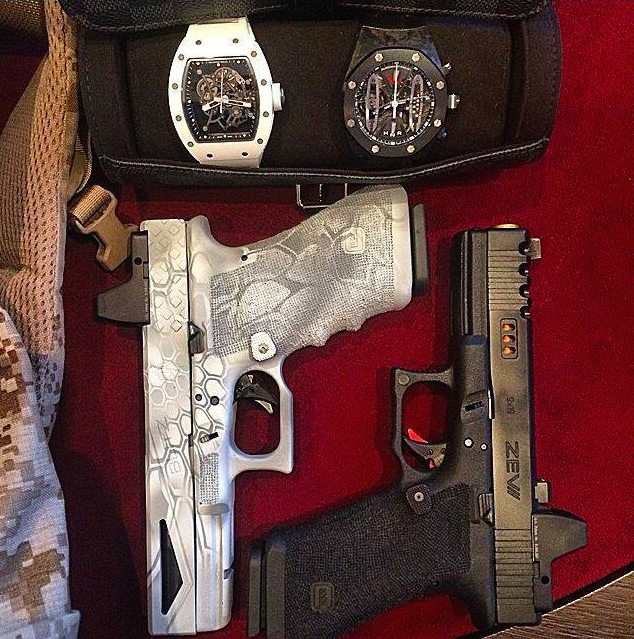 Although it was originally created in the 80s , Hublot only managed to jump to fame after Jean-Claude Biver took over management section in 2003. Mexico is a favorite mercador Hublot. The brand has two stores and is associated with 34 distributors, more than in the UK (29 distributors) and even China (14 distributors). The CEO of TAG Heuer, one of the owners of Hublot, is not surprised by the success of its brand among drug kingpins, “If you prefer a Lamborghini on a Bentley and rap about classical music, then you will like our watches. “Hublot has won the second place with five points valued at 554,400 euros. 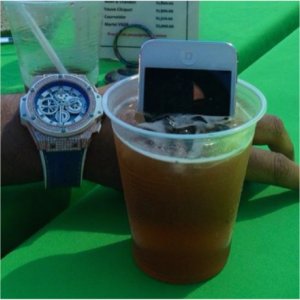 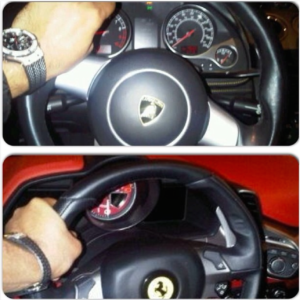 For a while …. very good day pic.twitter.com/xzZR7QodFJ?✌️

Rolex is among the most powerful brands in the world. It is the only Swiss brand whose products have reached the wrists of two generations of the capos of the most notorious drug in the world, from Pablo Escobar to Guzman. With six watches, Rolex Hublot has more appearances, but its value is below and amounts to only 118,750 euros. That they may walk to throw pic.twitter.com/zu60ln0EPW??✌️?? Audemars Piguet was founded in 1875. Based in Le Brassus, in the Canton of Vaud, it is one of the oldest manufacturers of watches and is still under possession of creative family . Only two appearances, Audemars Piguet is ranked in fourth place. However, the value of the two clocks is very high, 360 200 euros combined.

Romain Jerome is a new name among manufacturers of Swiss watches, but this model showing the Chinese dating back several years. With only one model each, the Urwerk and Romain Jerome brands are positioned in the fifth and sixth respectively.

Our conclusions emerge from the analysis of different social networking accounts belonging to the former leader of the armed wing of the Sinaloa Cartel called “The anthrax” Jose Rodrigo Arechiga Gamboa (35 years old) aka “El Chino anthrax.” He was arrested, as part of Operation Narco Polo of the Drug Enforcement Administration (DEA), to disembark from the flight KLM 686 from Mexico City to Amsterdam Schiphol Airport in December 2013. the Chinese was caught using a false identity with the name of Norberto Sicairos-García. His capture approach significantly to the DEA, Interpol and other law enforcement agencies to its main objective of the 2014 catch “El Chapo”. The capture also caused the death of the alleged girlfriend Chino, Yuriana Castillo Torres, who was kidnapped and then found dead on a street in Culiacan . The Chinese, extradited and charged with trafficking marijuana and cocaine to the United States, pleaded guilty in May this year . We also investigated the profiles of the two sons of “El Chapo” Ivan Archivaldo Guzman-Salazar (32 years old) aka “El Chapito” and Jesus Alfredo Guzman-Salazar (29 years old) aka “El Gordo , ” who also they are sought by US justice. The objects of our research were not chosen randomly. The Chinese and the two sons of Chapo have thousands fans and followers on social networks. Here is a list of your profiles-we could not verify its authenticity-with the number of followers or “likes” in parentheses:

Note:  The image presented at the beginning of the article shows the Chinese anthrax with a Kalashnikov covered in gold. On his left wrist, he wears a Cartier Pasha Miss ,  18 800 euros.